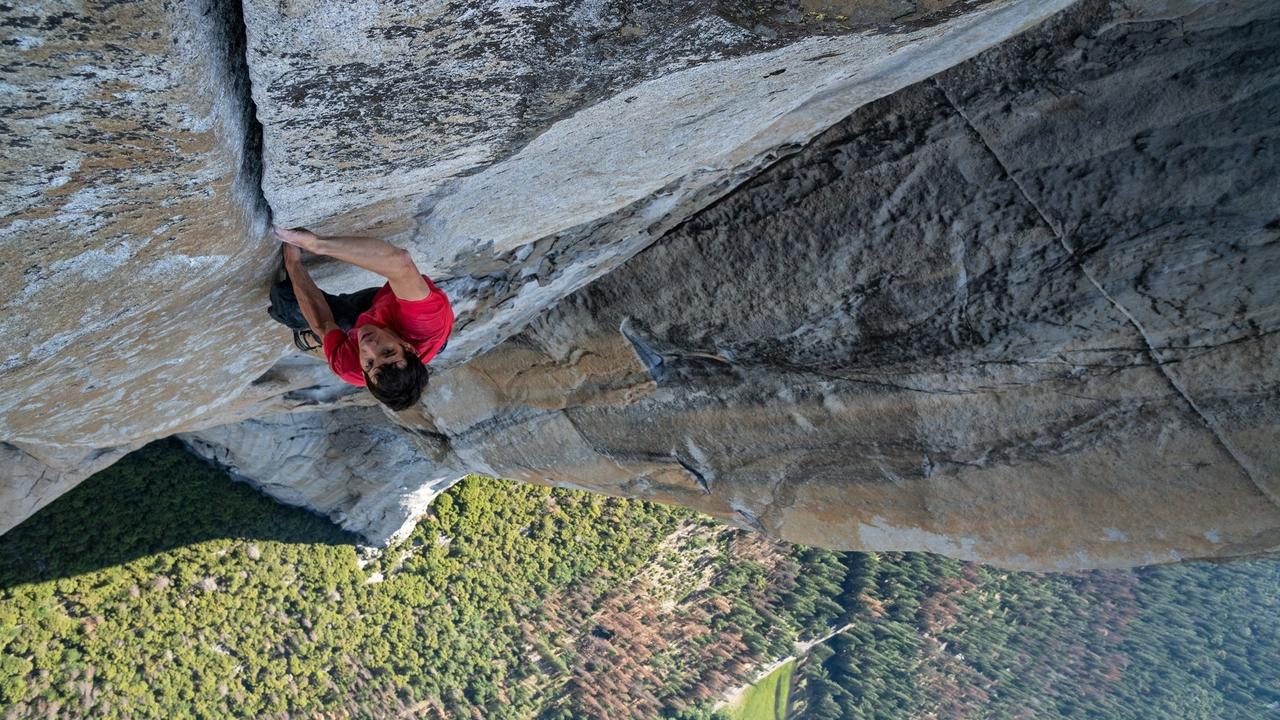 Time for a catch up ... and no that is not me pictured above!

Last week I took the day off to head to Westminster, it was yet another huge voting day in the Brexit process plus there was a large pro-Brexit demo.

I must admit I have become addicted to flicking between news channels and social media observing every twist and turn. Got to stop that!

But I was NOT demonstrating! I wanted to witness with my own eyes (and camera) what was going on plus shoot some stock clips / stills of the 'circus' surrounding the vote.

What I love about running an online business via video is that whenever I want to take a day off and go into town to soak in the vibe I can!

After all, whatever your views - it is history in the making that will be studied in schools in years to come. 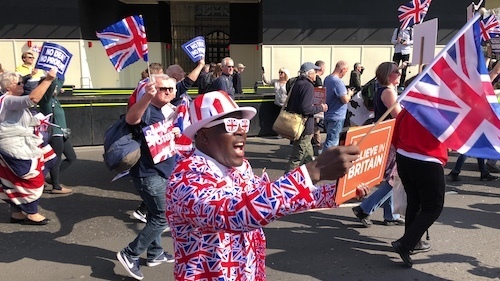 (This iPhoneX picture I took was accepted by the Stockimo/ Alamy photo library .. submitted via this app)

I do admire the calmness of the TV News Presenters who are set up near Parliament with folks shouting loudly at them in the background .. they still manage to focus on delivering their script to camera and interviewing their guests. 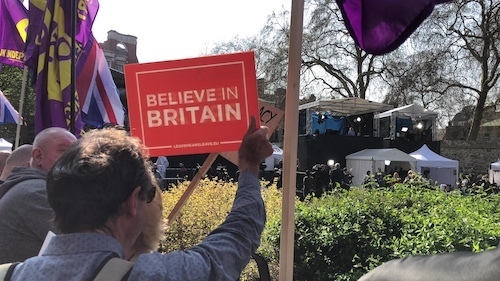 Moving on .. Why didn't I recommend this?

Loads of hype around and I did test a review copy.

You've got to realise that some of the folks emailing about it don't care if it's that good (and probably haven't tested it) ... they just want to make money as an affiliate via slick copy.

They use lines like 'ScreenFlow/Camtasia Killer' 'I used to recommend X last week now I don't' 'Game changer' 'Make money easily with video and this tool' and so forth.

From my 20 mins test the software is lightweight compared to ScreenFlow or Camtasia, it's actually not too bad with a couple of nice features (like in built animated emojis) and it does work technically from my short experience of using it.

It might expand into something good over time but right now for me it lacks so many deeper features of properly formed Editors / Screen recorders.

Folks get attracted to deals like this because it's cheaper, and they think simple is always better .. when IMO really they need to invest in a solid Editor .. sweat a bit to learn it and once they've cracked it .. focus on making better Videos and getting their message across.

The long term ROI of Video far exceeds the cost of spending a bit more on Editing Software that will be your best friend for years.

What I've been watching ...

Having visited Yosemite a few years ago (I was blown away by it!) .. I have now watched 'Free Solo' twice.

It's about Alex Honnold's rope free climb of El Capitan that won best Documentary Feature at the recent Oscars. (Trailer below)

The film is on iTunes right now .. but do watch it on the biggest screen you own for the best effect. (Seeing it at the Cinema is ideal)

A crazy mission, excellent storytelling and inspirational for those like me living the 'Freedom lifestyle' even if you only climb stairs :)

It's interesting to see the camera crew playing a narrative role in the film and their deliberations on how they might cause Alex to lose focus by their actual presence ... and end up filming him falling through the frame.