What I learned at VidCon London! 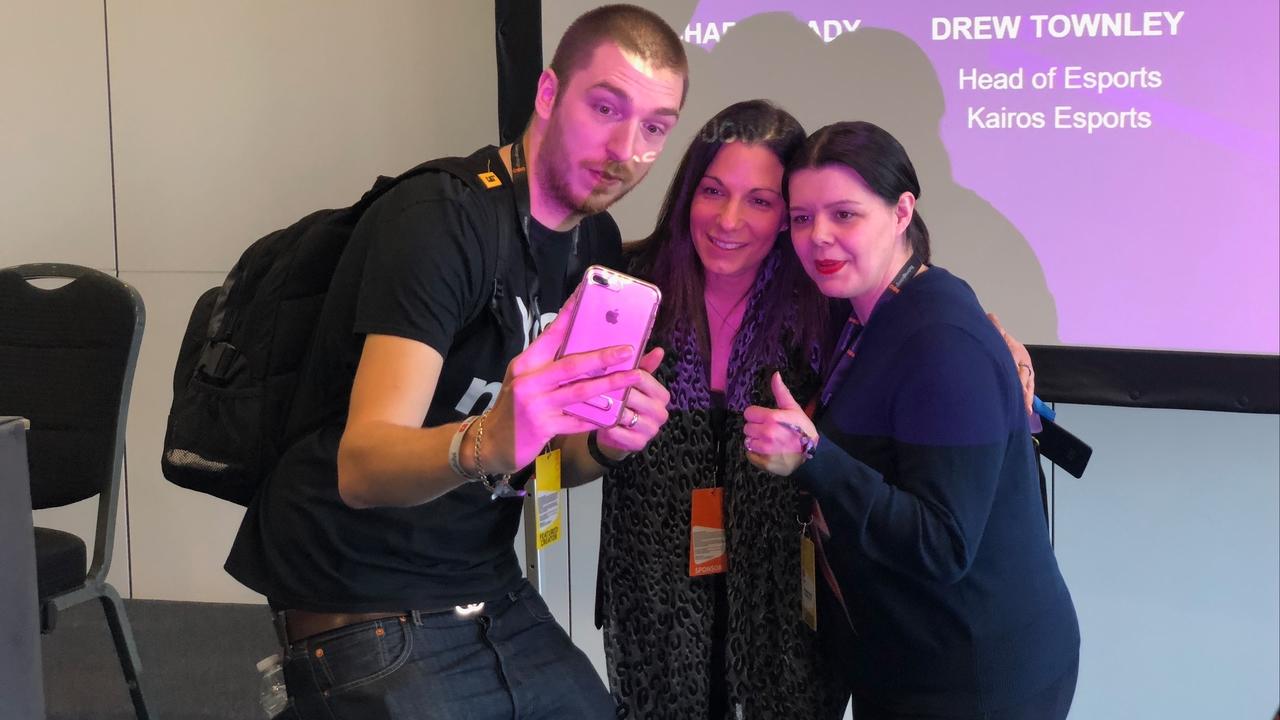 I am still recovering!

In case you don't know what VidCon is .. in their words: "VidCon US, VidCon AU, and VidCon LDN are the world’s largest events for fans, creators, executives, and brands who are passionate about online video and building diverse communities."

Pictured below ... my fans waiting for my autograph and a selfie. (Ok that's a joke!) 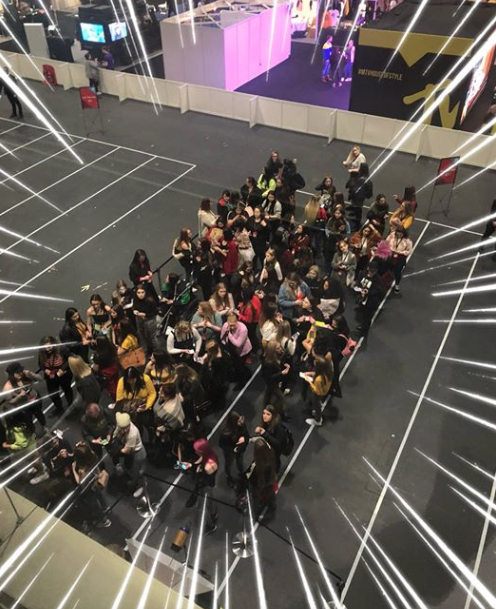 There were 3 tracks .. Community (fans), Creator and Industry. I went for the Creator option since Industry seemed more focussed on big brands and also the tickets were way cheaper :) £145 vs around £700 (without early bird)

Downside .. You had to choose between one of three simultaneous sessions .. a little tricky to decide.

Overall it was great .. What was lacking? .. not much reference to building an email list with Video or selling Video Courses .. both I think are amazing assets for anyone wanting to make a profit from their Videos. (nb. There are other Video events that are more Marketing focussed)

I did get locked out by security from a couple of sessions (!) as they had scheduled them in too small a room (no space to sit) whereas other rooms with less popular topics were empty! Crazy.

Thanks to the attendee who let me Video their iPhone notes to catch up :) WTH - A video of a video about a video session!

I know you are a busy type of person .. so briefly here's a few things I learned .. super condensed and in random order.

1. [Opportunity] Most of the Creators (and fans) looked so young to me :) I asked a question during a Brand Agency panel (they match sponsors/brands with selected Influencers) if there was a market for older folks? They were enthusiastic .. saying Brands are looking for more mature folks with audiences since they aren't so many of them creating Video channels .. and older audiences do have more money to spend! They suggested Facebook has a more mature audience.

So how about being sponsored by a Cruise company ... or stair lifts ? :)

Extra tip: Push yourself to ask a question during sessions .. after I asked mine, I had several people approach me in the foyer afterwards to ask for my card and to see what I am doing with Video. 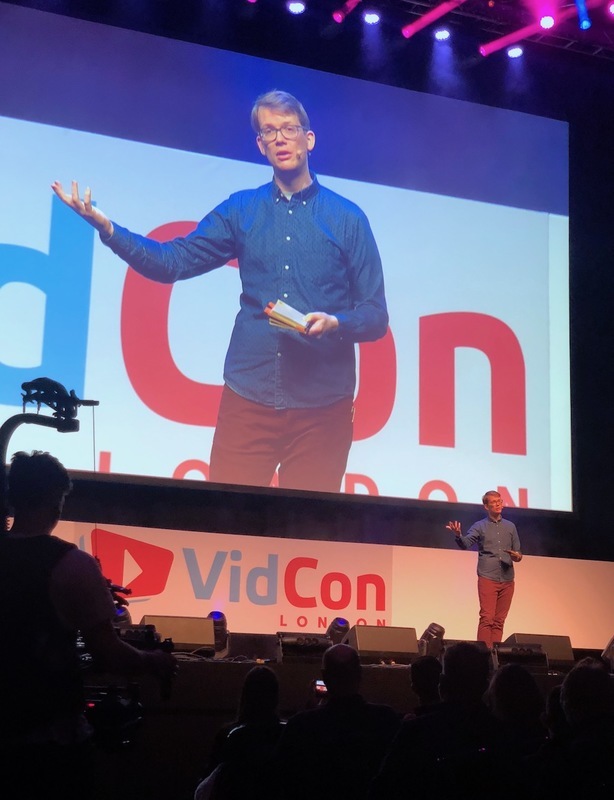 This screen was huge! Hank Green on the main stage.

2 .[YouTube] Watch time is super important for your rankings and for being shown as a suggested Video (70% of views on YouTube are recommended Videos) .. YouTube looks at your Watch Time. At the end of your Video don't use long credits .. link to another Video .. and make that a Video in a playlist to keep folks on YouTube and consuming your content. If you are doing bad .. blame your content not YouTube (i.e up your game) Do live video to increase watch time.

3. [Facebook Video] Make your Videos minimum 3 mins to allow Ad breaks. (Need 10k Likes to monetize + 30k 1 mins views in last 60 days - but you can plan ahead by making Ad friendly Videos!) Make a hook at 1 mins when the first break is inserted to keep them watching afterwards. (Side Note: On YouTube you need mins 10 mins Video for 3 Ad breaks - hence one reason why there a lot of 10 mins + Videos.) Use 3 to 5 hashtags and create your own tag, so folks share your brand.

4. [Facebook Video] Did you know FB is paying people just to upload Video content? They want you to upload Video regularly so they can compete with YouTube. More here. (US only for now)

6. [Facebook Video] There is a Video template to present your Videos prominently on your Page. I met James (he is using the template) from FunFoods (he is crushing it!) .. check all he is doing with his cooking show on FB and YouTube .. mixing edited footage with Live sessions. A nice example of a sub-niche. (I told him he needs to grow his email list!)

7. [IGTV - Instagram TV] If you thought IGTV content is rather buried .. not so .. now a 1 minute trailer for your IGTV show can appear in your followers IG feed .. to grab people to watch it via a link. Cross post to FB too.

8. [Lad Baby ] Lad Baby (3.1m FB followers - pictured at top of this post) is crushing it with his Reality TV style parenting smartphone Videos. He even made Number 1 in the Music charts with a cover song. He shoots vertical .. unusually he posts the same Vertical Video to FB, IGTV and YouTube. I like how he turns every day happenings into something engaging. An example of a quirky success in the parenting niche and the smartphone style of filming feels real.

9. [Patrick Starrr] When you get big like Patrick .. scale and grow a team. This picture shows just some of his team :) who all flew to London. They were .. VP of Talent .. Business Manager .. Director of Operations .. Video Editor and Publicist! 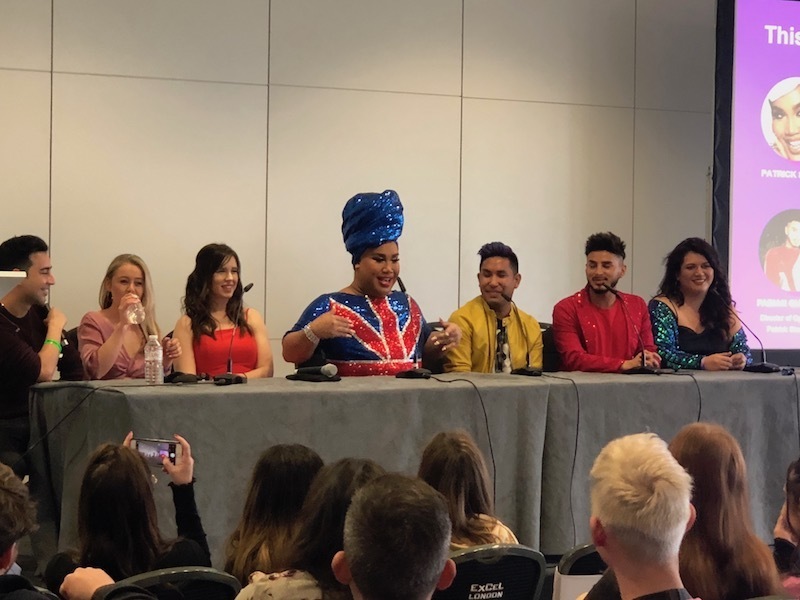 Ok maybe you don't need that many folks .. but how about just an Editor?

10. [Self-Publishing] Want to monetize your following by publishing a book? Check out Unbound Books where you can test your idea by crowdfunding and only actually write the book and print it when you hit your target.

11. [YouTube] CTR - the click through rate of your Videos is super important. Knowing your CTR's and tweaking your thumbnail / title strategy is crucial. Study your poor performers in last 2 months. Work on your title before you decide to make a Video .. is it catchy, clickable, being searched for? Test thumbnails over time .. does your face do better than an object (eg games character, car .. whatever your niche is) .. it's niche specific but for Alex (Low Spec Gamer - see below) a CTR of less than 4% is bad, 5% normal, 6%+ is good. There was a lot covered about how to read Analytics! (too much for an email but I am hoping to get a guest to train Video Heroes!)

12. [YouTube] If you say up top .. "Watch right to the end of my video - when I have something amazing to tell you!" folks just skip to the end and it messes up your Watch time .. so you need to keep folks engaged throughout.

13. [YouTube] When are people dropping off your Videos? Long intros / title sequences can kill your watch time. See when they leave and create more hooks at that time.

14. [Niche selection] Alex from Low Spec Gamer is a good example to observe. Finding under served audiences is still possible .. Use Reddit. Make better quality Videos than the rest in the niche and you will standout and be rewarded in the niche. Alex mentioned Mobile gaming .. where there are some huge Mobile games with a big following who are not served by content creators. Language is a niche .. i.e find a popular niche you love .. and cover it in your own language.

15. [Mix Hero and Hub Content] Alex's analytics shows him that a mix of content increases his subs and watch time. Some content created for buzz (Hero) and to attract a broader range of folks, other hub content - deep dive to engage existing audience.

.. finally ...this was amusing .. I met a UK Video Pro who was remote working (sometimes out of his camper van) for a USA Chat show running their YouTube account. (So many new employment opportunities!) I asked him for a business card. He had none. So I took a photo of his badge to get follow up info. When I looked back at the photo ... this is all I got :) Anyone know a Video Nigel? 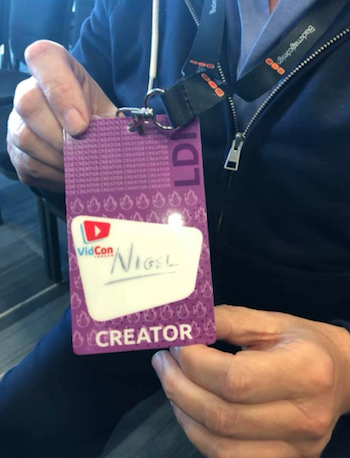 Ex MTV/BBC TV Director shows you how to master Video like a Hero!